The Canasta is a Tier 4 tank upgrading from

The Canasta has higher base bullet damage.

The Canasta has one single functional barrel with two rectangles squashed in front of it.

Hunter, the Canasta only shoots one bullet at a time from its barrel, with the same reload as

Sniper (slightly lower than average). Its FOV is that of Hunter.

However, this tank's bullets has increased Bullet Damage (they do more damage you idiot).

The Canasta is a Tier 4 tank upgrading from

The Canasta upgrades to the following: 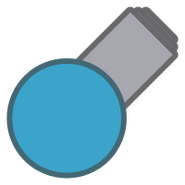 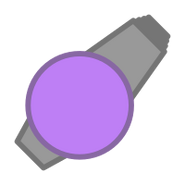 Most likely an old version of Canasta