The S2_22 has a light blue triangle for a body. On the back of the body, there is a trapezoidal drone spawner.

The S2_22's body can freeze enemies that it rams. Its drone spawners spawn Crashers that inflict the same effect as a 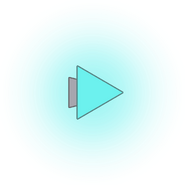 A high resolution image of S2_22

The S2_22 Fighting a Deceaser 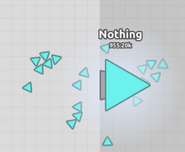