The Sniper is a Tier 2 tank that branches from the Basic at level 15. The main focus of its branch focuses on high-velocity bullets and increased FoV at the cost of slower Reload.

The Sniper features a circular base with a rectangular gun on the front. Compared to its predecessor, the Basic, the cannon is slightly longer.

The Sniper has a sligtly greater (1.2x) Field of View than Basic. Its bullets are also 1.2x faster. They deal 5% more damage and have a quarter as much shudder and spray, but the Sniper has 1.295x longer reload. Its bullets have 10% more density and 10% more resistance, affecting their knockback capabilities. Otherwise, it fires similarly to the Basic

The Sniper upgrades from the

The Sniper can upgrade to the following: 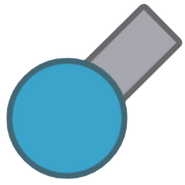 A high-res picture of the Sniper. 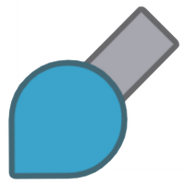 The Switcheroo in its Sniper form.