Woomy-Arras.io, previously Woomy.Arras.io and also known as Woomy, is a fan-made sequel of Arras.io, itself a fan-made sequel of Diep.io. Woomy Arras was founded in 2017 by Hellcat. The server quickly gained popularity and prestige. The game is the most complex tank .io game ever, with more than 2000 tanks, 100 bosses, 50 shapes, and dozens of unique crashers and sentries. AI players are frequently found. There are eight public servers and one development/event server.

Recently, Hellcat owned the server, and was supported by a team of Administrators, Senior-Testers, World Record Managers, Moderators, Overseers, Beta-Testers, Balancers, and the (Ex-) Co-Developers Absol and Oblivion. The server had about half the population of the original Arras server, and was considerably more active. The personal domain name, "woomy-arras.io" was purchased in March 2020 and soon became active. Woomy has been described as a modded Arras.io.

Woomy Arras.io was created in 2017 by Hellcat. The first public changelogs were created on 29 March 2018. It was originally a single server, but in February 2020 it expanded to 4 servers, and on 1 June 2020 the servers were again overhauled and 4 new servers were added. At first Cupcake was a developer at the very start of Woomy-Arras.io but after she got a job she became really in-active and then got demoted. For a time after Cupcake, Clarise was also a developer, but she left in September 2020 due to disinterest and real life activities.

After Clarise left, Dogatorix became the new co-developer. He eventually was replaced by Clarise, who returned in 2021. However, Clarise burned out in less than a month, and appointed Absol and Oblivion, both experienced coders and balancers, to replace her. This was the first (and only) time that there had been two official Co-Developers. However, Oblivion left the Discord on 23 March 2021, but promised to release new updates, before rejoining in April. A large number of old or experienced staff also left in March.

By April, however, staff was filling back up and several new management positions were added. Absol and Oblivion continued to stay active and began adding dozens of tanks. Absol agreed to help the Community Wiki with tank and boss stats. On 2 June 2020, Hellcat bought the domain name Woomy.io, but set it up as a fallback link based in Dallas in case the Montreal-based woomy-arras.io domain went down.

About in mid to late 2021, the Woomy-Arras.io game was deleted but was replaced soon after.

Woomy-Arras.io was played similar to Arras.io, where players control tanks and fight with others. Unlike with Diep.io, players can use N to level up quickly, bypassing the foraging stage. They can choose from the huge variety of tanks and use their stat points to upgrade aspects of their stats, such as attack damage, health, and much more. There are many different polygons with different health, shapes, and points that spawn in the game often. The eight playable gamemodes (excluding the dev server) alter players' objectives and teams.

For more information on each gamemode, see their respective pages.

A few gamemodes may be getting overhauled in the coming updates. Some recent changes include the randomization of team bases in 4TDM and RandTDM Maze.

These game modes have been removed from the game. They are kept here for historical purposes.

Woomy-Arras.io is sponsored by many other servers.

The Woomy-Arras.io Wiki was founded by The Woomy Wizard and FrozenEarth in 2020. It has never been an official wiki, though the Woomy staff are supportive of the wiki.

The Woomy-Arras.io Wiki is partnered with the following wikis: 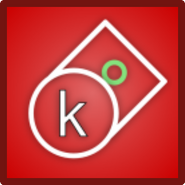